After visiting Stuttgart, it was now time to go to Berlin, the capital of Germany.  We were fortunate enough to be close to the beautiful Hauptbahnhof station, which is made of glass and four floors high. This station was useful to us every day of our visits. 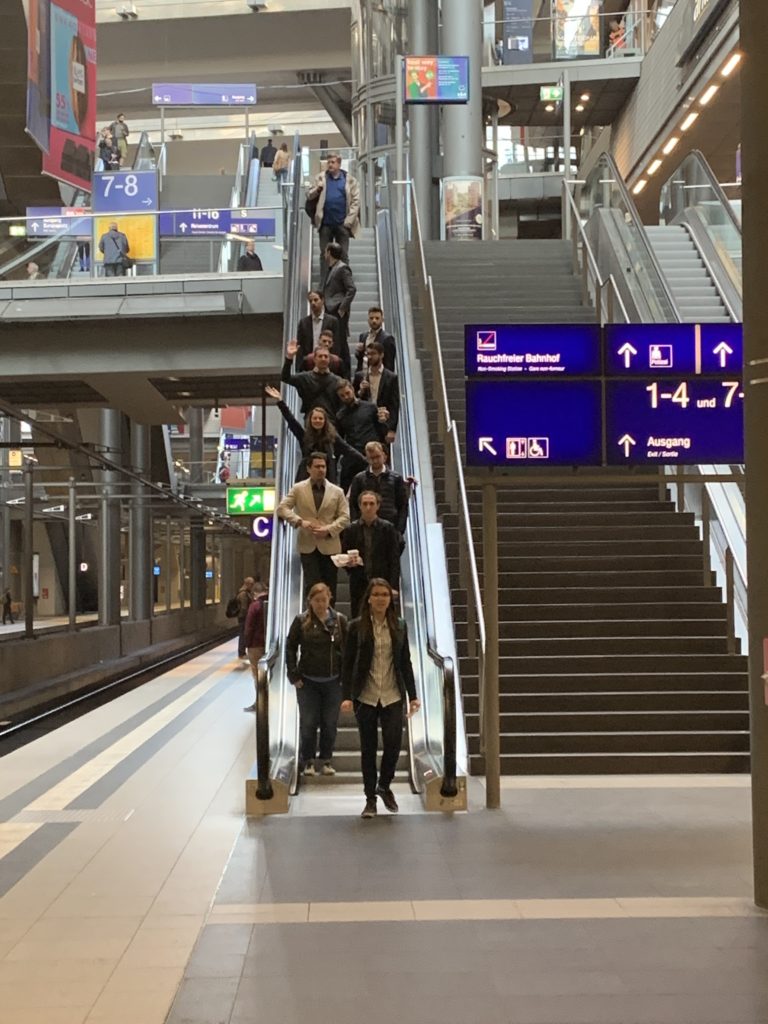 On the day off, several members of the team went for a walk to the main square, Alexanderplatz where is located the biggest tower in Germany called Fernsehturm of Berlin.  On the way, we explored several historic places such as the Brandenburg Gate, the Holocost Museum, the Humbolt University, the French and German Cathedral of Berlin and the buildings of Frederick I. Subsequently, many went to the Berlin Wall at the East Side Gallery.  It was also possible to see the drawing of Quebec. Indeed, several countries and regions have made their own drawings on the wall.

It was nice to discover beautiful terraces and get to know each other better in a more relaxed environment.

We could recognise our localisation between East Berlin and West Berlin with the traffic lights. The pedestrian lights differs between the regions and didn’t change since the demolition of the wall. Other clues of recognition are the architecture and artwork. Compared to other european big cities, Berlin is made large. There’s no skyscrapers in Berlin, the highest buildings are 125 m high. The streets are very large and many of them requires 3 pedestrian crossing before crossing the street because of the number of traffic ways by direction and the tramway. When there’s no tramway, it’s sometimes possible to park in the middle of the street. Each side of the main streets there is a sidewalk and a bicycle path. These reasons explains why Berlin is less densely populated than other european big cities. By example, the region of Paris has double population with the same size territory.