Finally arrived! We are now in the beautiful city of Munich! Already two days and we have already experienced several experiences. I present here in this article, an overview of our first day.

We left Montreal last Friday around 9pm. Subsequently, we started a flight lasting more than 7 hours. Since it was a night flight, the students tried to sleep with pain and misery in order to accumulate energy for the days to come. However, some were able to rest while some were unable.

We are landing around 10am in German soil. Despite the fatigue, everyone was very excited about exploring the city. We went to drop our bags at our hotel and then headed for a beer garden. A German classic where we hastened to experiment. It looked strangely like a sugar shack, but a Germanic version. Everyone was able to drink their first beer and some tasted typical dishes.

After that, everyone dispersed in small groups to visit the city. Some took a nap at the hotel in order to enjoy the city later, others rushed to the city center and some stayed in the beer garden for a passion for German beer. The city of Munich appeals to everyone! We visited MarienPlatz and loved it. A beautiful place in the city center where there are many actions. Full of shops and even terraces despite the cold weather this weekend. One of Europe’s largest urban parks, the Englisch Garten is located not far from MarienPlatz. 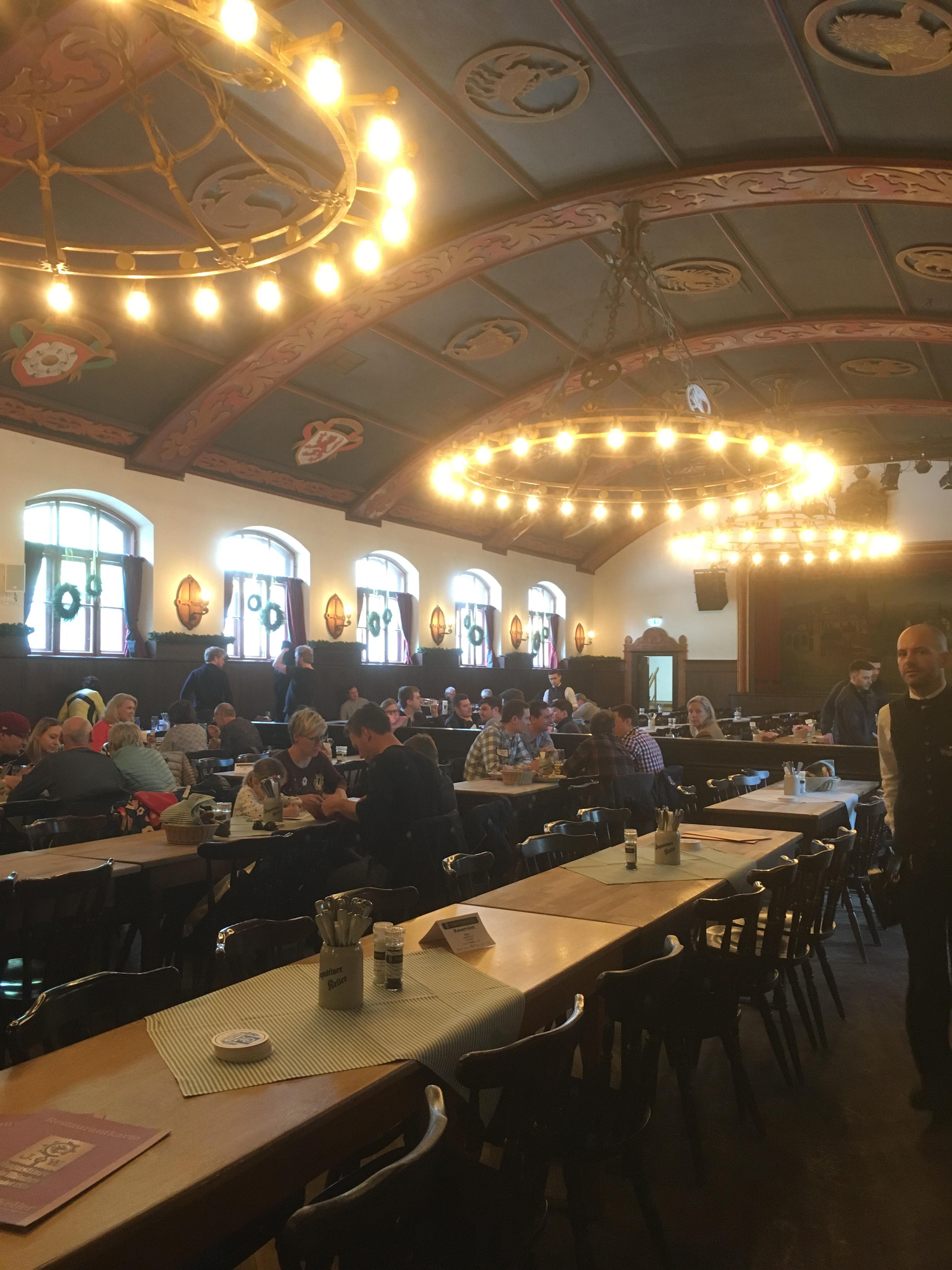 Some members visited her and we could see its size. Strangely, here beer is consumed in public places without problems and people are disciplined with this right. Only three students arrived on Sunday, they were able to enjoy the city later. They found that several services were unavailable on this day of the week. They tried to do some commissions, but had to go downtown.